Home Macedonia Prosecutor Ruskovska confided in a convicted for racketeering who and when they... 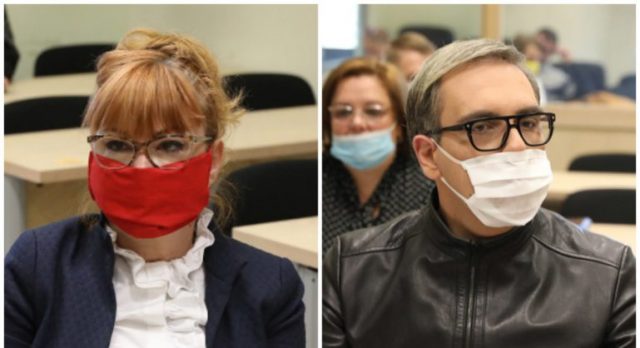 Defendants in the ‘International Association’ trial, BojanJovanovski and FrosinaRemenski, requested on Tuesday prosecutor VilmaRuskovska’s removal from the case.

According to Jovanovski, the request comes following new developments resulting from the analysis of data found in the phone that the court had returned to him.

According to Jovanovski, the request comes following new developments resulting from the analysis of data found in the phone that the court had returned to him.

He said that some 100,000 pieces of data have been analyzed out of a total of 1,240,000 found on the phone, i.e. 286 files. Moreover, Jovanovski told the court that some of the files have been deleted, adding that efforts will be made to restore them and deliver to the court a detailed report on the process.

“I’ve had verbal and written communication with the prosecution’s representative on this phone. Evidence of our communication will be delivered to the court, proving that Vilma had informed me about the arrests of multiple people, revealing information regarding official activities, in order to use 1TV. Communication will also reveal how she acted in regard to certain people,” Jovanovski stressed.