Home Macedonia Zaev-Hani: Support to mobility and regional networking of youth – investment in... 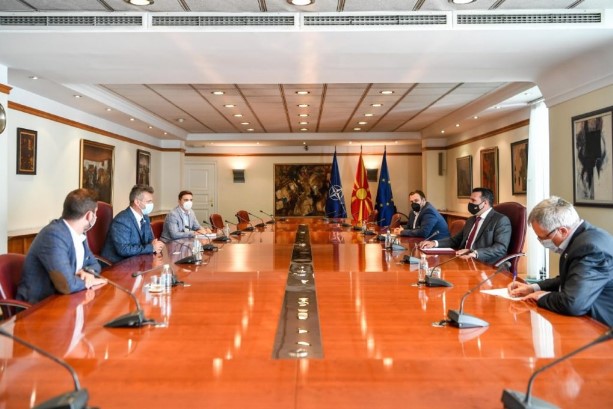 The Republic of Macedonia, a signatory country of the agreement on establishment of the Regional Youth Cooperation Office (RYCO), will continue to actively support programmes of the regional office seated in Tirana, as an exceptionally important youth networking point in the Western Balkans, Prime Minister ZoranZaev told RYCO Secretary General Albert Hani on Monday.

PM Zaev wished Hani, who recently took over the post, success in the implementation and coordination of programmes of RYCO, which aims at ensuring maximum mobility and networking of youth in the region as a necessary prerequisite for reconciliation, cooperation and their common future, the Government said in a press release.

Hani said Macedonia is perceived as one of the most active countries in the region, whereas some youth policies have been taken as successful models.

The Secretary General RYCO, who was accompanied at the meeting by RYCO Board Member BlazhenMaleski, and the Director of the local office of the organization in Skopje Vladimir Gjorgjievski, said that Macedonia is recognized in this regional network as one of the most active countries in the region and that some of the youth policies are taken as an example for successful implementation of the most important issues for young people.