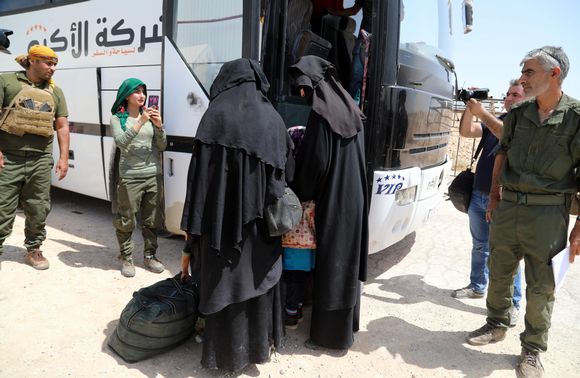 The government late on Saturday successfully completed the process of repatriation of citizens of the Republic of North Macedonia from Syria and Iraq, including four men – foreign terrorist fighters, five women and 14 children.

“Criminal charges have been filed against the four foreign terrorist fighters, following previously provided evidence by the Ministry of Interior, Public Security Bureau, and in coordination with the National Security Agency, in accordance with national law. Being unreachable to the law enforcement authorities, international arrest warrants were issued for them, who were still at large and a competent court ordered to be detained,” the press release said.

Repatriated women and children will be subjected to a voluntary 14-day quarantine and necessary medical examinations, in accordance with the Law on Protection of the Population from Communicable Diseases, in order to protect public health.

“In the coming period, the competent departments will work on providing evidence of possible participation in incriminating acts, for each case individually. By excluding the possibility for their involvement in actions that are subject to criminal liability, the process of their rehabilitation, resocialization and reintegration in the society will begin,” the government said in a press release.

All measures and actions undertaken by the institutions are based on the obligations from the National Plan and the procedures for reintegration, re-socialization and rehabilitation of returning foreign fighters and family members, adopted by the government of the Republic of North Macedonia, and whereat the Office of the National Coordinator for Countering Violent Extremism and Counter-Terrorism is tasked with coordinative and advisory responsibilities.

“The Republic of N. Macedonia, as a member of NATO and the member of the Global Coalition to Fight ISIS, in cooperation with our strategic partner USA, remains committed to the countering violent extremism and terrorism, in order to ensure security, stability and prosperity for the citizens of our country and beyond in the region,” the press release reads.