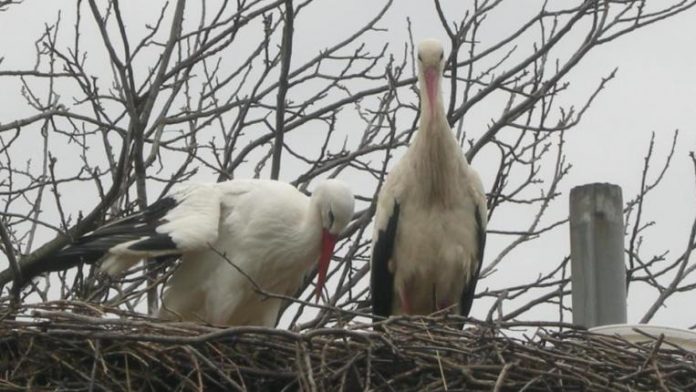 The Stojakovo local community in Bogdanci, in the far south of the country, recently counted active stork nests, finding that there were 47 nests, 94 adults and 163 young storks.

“Storks inhabit ecologically clean areas, which means that Stojakovo fully meets their living conditions. The village of Stojakovo is a lowland village and has two great advantages: first, there are enough safe places for nesting, almost most of the nests are on transmission lines, which often have platforms for storks set by EVN Macedonia, and second, the surrounding arable land of Vardar and the wet meadows around the locality Gjol and Gjirenot offer enough food for the storks “, informs the local community.

37 nests were counted during Stojakovo’s last count in 2018, counting a total of 74 adults and 134 young storks.