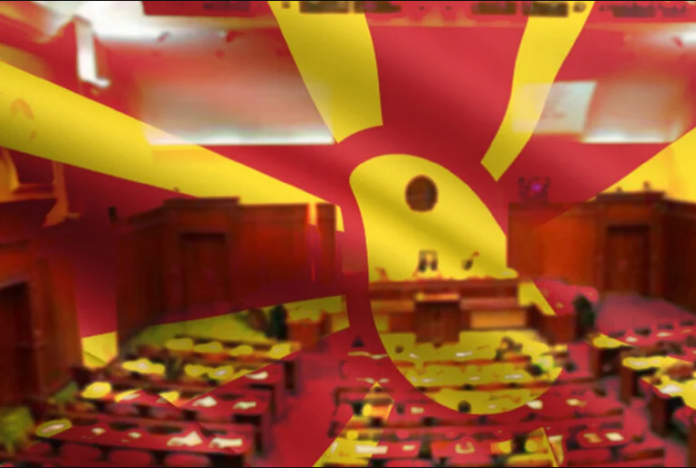 VMRO-DPMNE’s resolution on the country’s European integration path and national red lines is on the agenda of the Parliament’s 47th session, which is to be held today. The agenda also includes several draft laws, as well as requests for authentic interpretation of articles of several laws.

VMRO-DPMNE leader Hristijan Mickoski said at last night’s party event in Karposh asked the resolution to be accepted by all political parties “without conditions and seeking excuses.”

Mickoski says that the acceptance of the resolution by all political parties will show the unity we need for the start of negotiations with the European Union, but, above all, the state positions of Macedonia will be strengthened.

“According to acquired information, the resolution will be put on the agenda tomorrow. I expect support from all political parties in Parliament, without conditions and without demagoguery, without excuses, I expect to overcome ourselves and show unity which I think in the coming period will be very important in the process of starting negotiations with the EU and it will only strengthen Macedonia’s position as a country,” Mickoski pointed out.

Prime Minister Zoran Zaev stated yesterday that they will not vote for the resolution proposed by VMRO-DPMNE for the talks with Bulgaria, if it remains with the name as it is now submitted. He informed that they talked with the opposition VMRO-DPMNE to find a solution, and it was concluded that the process should continue, but the discussion must continue on the agenda in accordance with the Constitution and the Law.