Home Macedonia Anticorruption responds to Zaev: The third echelon does not hire and does... 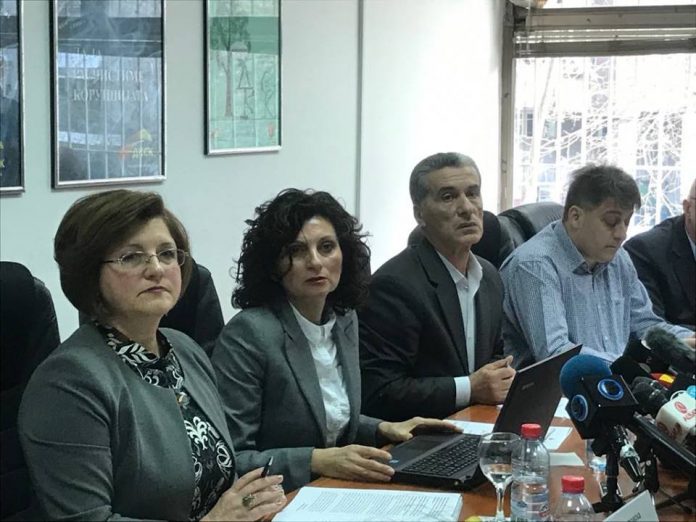 The State Commission for Prevention of Corruption (SCPC) is prosecuting MPs, ministers, directors and members of supervisory and management boards who have abused their office in areas where the third echelon of government cannot decide, according to the SCPC.

The Commission commented on the statement of Prime Minister Zoran Zaev in which he claims that no corruption was detected among senior officials, but only in the administration.

“The conditions arising from the procedures conducted by the SCPC and for which it constantly points out at its public sessions, speak of established conditions of abuse of office by MPs, ministers, directors, members of management and supervisory boards in the employment of their relatives or members of political parties; subtly negotiating criteria for selection of economic operators when awarding public procurement contracts or not envisaging any criteria, in order for the contracts to be awarded to purpose-built companies; influence of mayors in determining the size of certain buildings when passing DUPs; political disagreements and bargaining over the election of members of various regulatory bodies, courts, councils, etc. unforeseen criminal sanctions for such behavior in the legislation or their non-processing in the competent courts. We believe that the third echelon is not able to decide on the previously mentioned cases,” the SCPC told daily Sloboden Pechat.

The Commission points out that according to the legal definition, corruption means “abuse of office, public authority, official duty or position for the purpose of gaining benefit, directly or through an intermediary, for oneself or for another”.

“In this sense, the SCPC emphasizes that corruption should not always be associated with receiving bribes, visible material benefits or gifts.

Three days ago, Prime Minister Zaev, commenting on the State Department’s criticism that corruption is the most pressing problem in the country, said that there is corruption, but not in the upper echelons of government.

The recent State Department report criticized the selective fight against corruption and praised the work of the SCPC.