Home Macedonia Mickoski: Ilinden is our epic battle, our Bible and the cross we... 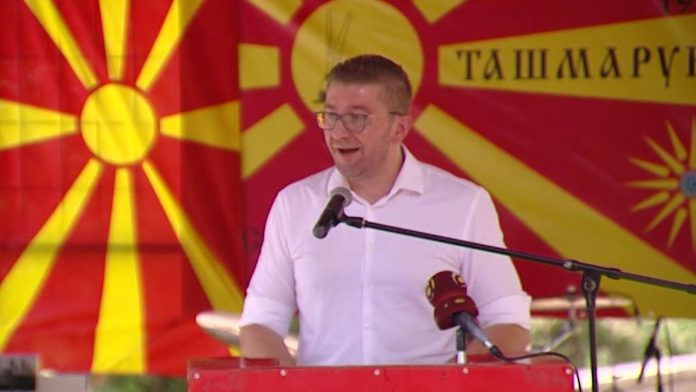 As long as the memory of Ilinden lasts, so will Macedonia, because Ilinden is our epic battle, our Macedonian faith, our bible, and our cross that we accept and carry with exceptional piety. The two Ilindens were not created for us to fail, but for the idea that brought freedom to live, and freedom today is paid for with blood, sweat, tears and many lives. That’s what the two Ilindens brought to us is so expensive and our obligation to succeed is so great, said VMRO-DPMNE leader Hristijan Mickoski in his address in the Struga village of Tashmarunshta, where he traditionally celebrates Ilinden.

The opposition leader noted that these are the most difficult years since independence.

He added that Ilinden belongs to everyone and that is why Macedonia must be a country for everyone.

“And that is why we must succeed as a country and we must not be satisfied with average things, and in this difficult time the average looks good to us, because we are dealing with the worst,” underlined the leader of VMRO-DPMNE.