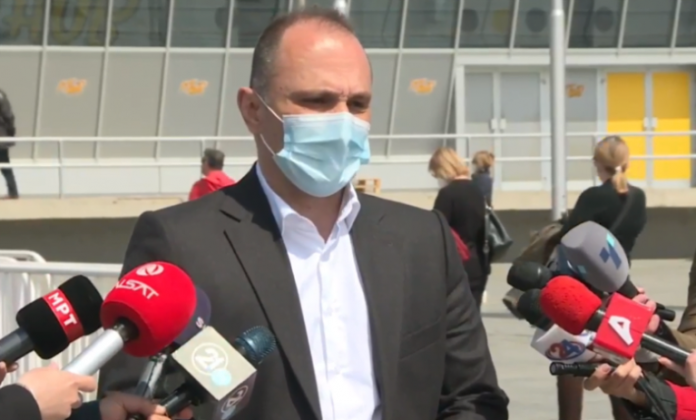 Health Minister Venko Filipche and members of the Commission for Infectious Diseases discussed Saturday morning the epidemiological situation in Tetovo, and agreed new COVID-19 restrictions for this region to be put to the Government’s main crisis HQ in an attempt to curb the rapid spread of the virus.

“The situation in Tetovo is extremely serious and the new wave is already here, which was to be expected given that the situation is similar everywhere in the region. Summer holidays brought high frequency of movement as was expected, hence certain restrictions must be reimposed to prevent further spread of the virus,” the Ministry of Health said in a press release.

According to the Ministry, analyses carried out in the past few days by the Institute of Public Health indicate that the virus is primarily spreading among unvaccinated individuals, with over 90 percent of the new cases being unvaccinated citizens.

“On the other hand, vaccination coverage in Tetovo is below 20 percent. Clusters where the virus spreads most include weddings and indoor celebrations, which are very common in this region, and according to information at local level, prevention measures are not observed at all, particularly wearing masks indoors,” reads the press release.

The Health Ministry adds that Minister Filipche and the members of the Commission propose a ban on all indoor mass events, weddings, celebrations, which is crucial to observe in the coming period, and citizens must understand that this restriction is necessary. In addition, it is proposed that venues are only allowed to operate at up to 30 percent capacity of their indoor areas, with no more than four people allowed to sit at the same table. Proposed measures also include tightened controls for the implementation of these restrictions, as well as personal protection precautions including wearing masks indoors, strengthening field vaccination and communication at local level in order to increase vaccination coverage, because it is clear that it’s the only way to prevent spread and risks of severe disease in patients.