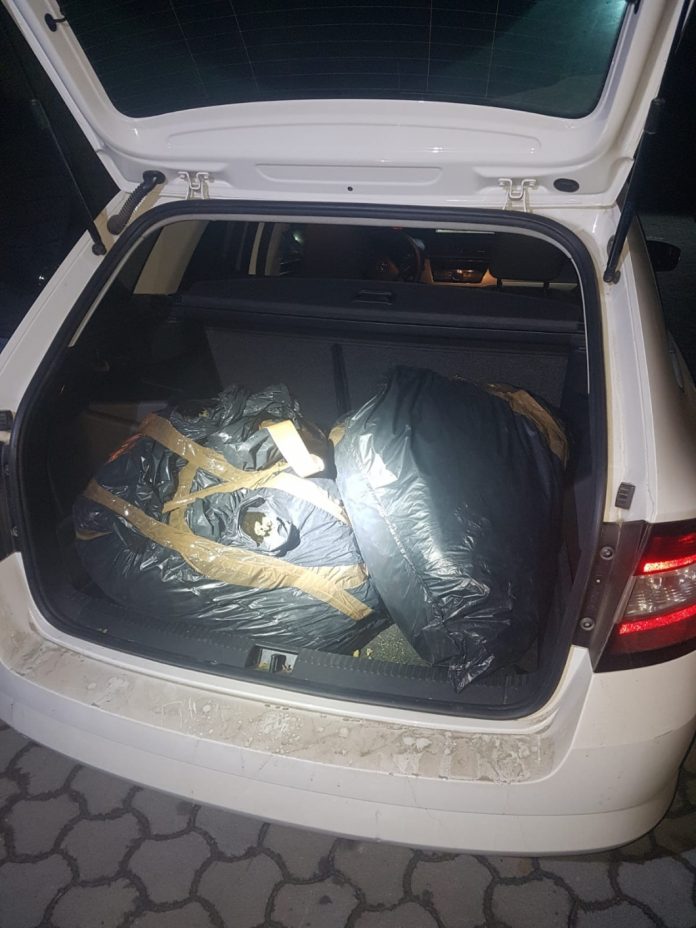 On 06.08.2021 around 9.45 pm on Ilindenska Street, near a hospitality facility at the exit near Gostivar, police officers of the SIA Tetovo-Department of Internal Affairs Gostivar arrested A.R. (38) from the Republic of Albania, Sh.I. (28) from the village of Aracinovo, Skopje and B.T. (32) from Skopje. During the inspection of a passenger motor vehicle with Albanian license plates, in which the three persons were transported, driven by A.R., a large amount of marijuana was found in the trunk of the vehicle. The three were arrested at the Gostivar Police Station.

Saturday morning (07.08.2021) between 2 and 4 am, based on a court order, a search was conducted in an apartment in Gostivar, where A.R. was staying. During the search, two suitcases with marijuana were found and confiscated, a bag with marijuana, one large bag of marijuana, multiple packages of marijuana, digital scale, electric packing and vacuuming machine, in a total amount of about 40 kilograms of marijuana.