Home Macedonia Robertson: I hope Bulgaria will hear the calls of their friends and... 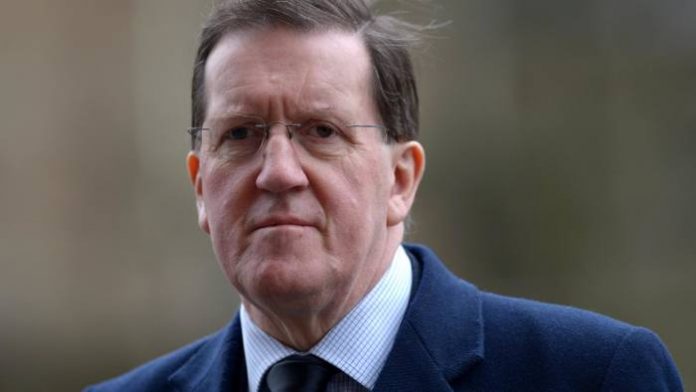 There are too many agreements in history, but what people really want is jobs, good education for their children and hope for the future. It must be a step forward from the Ohrid Agreement, it is our duty, former NATO secretary general, Lord George Robertson said Friday addressing the conference in Skopje marking the 20th anniversary of the Ohrid Framework Agreement.

The British politician was involved in the creation of the Ohrid Framework Agreement 20 years ago.

He called the Agreement ‘a unique example’ for putting an end to a conflict.” “The world, Europe and the Balkans had undermined the way in which the Ohrid Agreement provides an example for settling of conflicts,” Robertson said adding the document has its flaws. “There will still be people who will believe we’d given too much or had gained too little.”

According to him, consensus, compromise, balance and tolerance are the backbone of prosperous, content and peaceful democracies.

Lord Robertson mentioned the country’s NATO membership and its readiness to join the EU.

“20 years ago, brave and talented Macedonians saw their future abroad and NATO membership was just a dream. Now, FYROM is no longer on the world’s map and North Macedonia has secured a safe future. NATO is now a reality and your membership to EU should also be reality. You are prepared, you’d done the hard work. The EU needs you and it is the only way to consolidate the progress achieved in the past two decades,” said the ex-NATO head.

The EU, he said in his address, is made up of countries that had been foes for years and centuries. “The triumph of our time is that these enemies today are sitting together in this amazing union of free and integrated countries. North Macedonia deserves to be there and I hope Bulgaria will hear the calls of their friends and lift the blockade for North Macedonia,” Lord Robertson stated adding he is committed to supporting the country as part of the Ohrid Group.