Home Macedonia Sherman to Zaev: You are a trusted partner of the United States 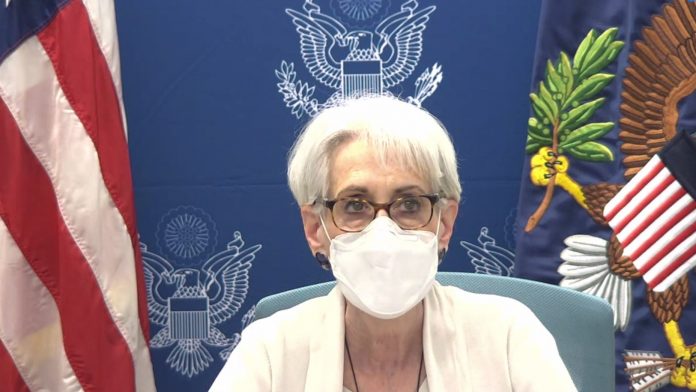 Prime Minister Zoran Zaev had a working meeting with US Deputy Secretary of State Wendy Sherman on Friday afternoon, which was attended by other allies and NATO officials.

The meeting reviewed the current security situation in Afghanistan and established mechanisms for the evacuation of the peaceful population that has nurtured democracy in Afghanistan for 20 years.

Prime Minister Zaev informed the allies that Macedonia has completed all the necessary preparations and prepared the protocols by which the Government is currently ready to accept about 650 citizens, locals from Afghanistan, employees and women and children from families of employees in humanitarian, democratic and international peacekeeping missions, human rights activists, journalists, translators, students, scholarship holders, and citizens who have supported NATO Allied forces in Afghanistan for the past 20 years, including the Macedonian Army.

Deputy Secretary of State Sherman openly welcomed Macedonia’s commitment as a confirmed and trusted partner of the United States in this joint humanitarian mission.