Home Macedonia Dr. Nikolov: There is a possibility for discrimination against people, if the... 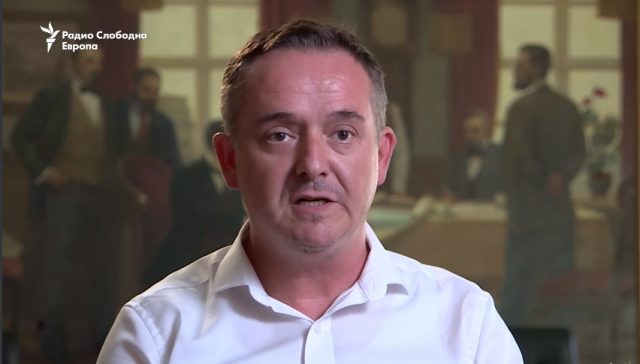 Unfortunately, for this fourth COVID-19 wave, the feeling of me and my colleagues is that we do not see clearly what the plan is. The general feeling is that we are entering something again, maybe more ready than before, but not satisfactory, because the feeling of disorganization and bad plan still exists, says Dr. Igor Nikolov, head of the VMRO-DPMNE Health Commission in Sunday’s interview for Radio Free Europe.

According to Dr. Nikolov, what is happening to us now is entering into measures at once.

“Until a certain period, we were in a period when we did not have any measures. If something was done a month and a half ago or when this fourth wave, this Delta wave, was announced, it was at the beginning of July, even our Commission gave clear, short, 15 proposals to prepare the health system,” he said. Nikolov.

The doctor stresses that “first and foremost, border control was to be established at the border crossings.”

“Under no circumstances should crazy parties and indoor parties be allowed. It may not have been allowed on paper, officially written, but we were all witnesses. We did not see a corrective reaction when we witnessed something happening. These indoor gatherings lasted two and a half months, we were all aware that it would result in some outcome, but no action was taken, we did not see any corrective action. We cannot just say that we had measures on paper, but someone did not implement and control the measures,” said Nikolov.