Home Macedonia Another debt worth 2 billion public – every citizen will owe 4,500... 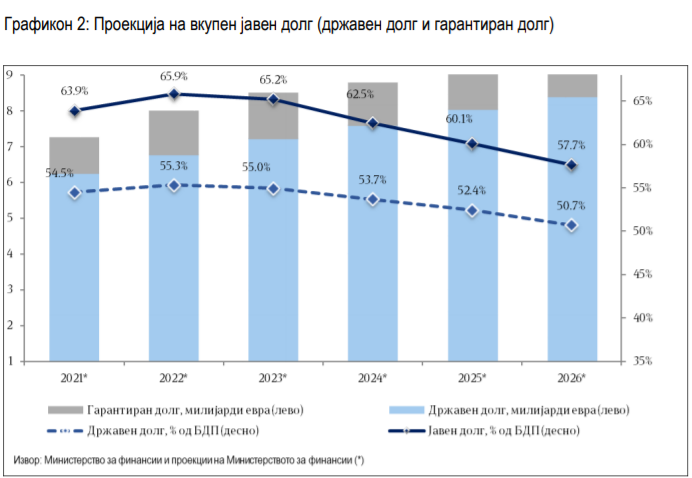 The public debt will reach a staggering 9 billion euros, ie the Government plans to indebt the citizens for a new additional 2 billion euros. This means that every citizen in the country will owe 4,500 euros. This is a projection for the public debt in the medium term, i.e. for the next four years, stated in the Public Debt Management Strategy of the Ministry of Finance.

According to the Public Debt Strategy 2022-2026, the Government does not plan to reduce the public debt as a nominal amount. According to Chart 2 of the Strategy, it will grow by half a billion euros each year and will reach and maintain a level of 9 billion euros.

In addition to fighting with banks, funds and international creditors, in the strategy, the Ministry of Finance has devised new ways of borrowing by issuing bonds to households and companies, so-called “green” and “development” bonds.