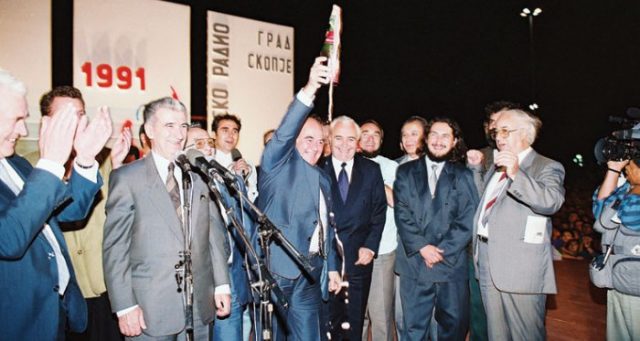 The protocol of the Government of SDSM and DUI made an oversight during the celebration of the Independence Day and the laying of candles before the memories of the prominent personalities who contributed to the independence of the country.

Impressive in the Macedonian history will remain the moments when in the Parliament, from the rostrum Kljusev promoted the first denominations of the new Macedonian currency denar, as well as the celebration of the results of the referendum for independence of Macedonia on the eponymous central Skopje square.