Home Macedonia KSOM protest: How in 30 years was the employee brought to this... 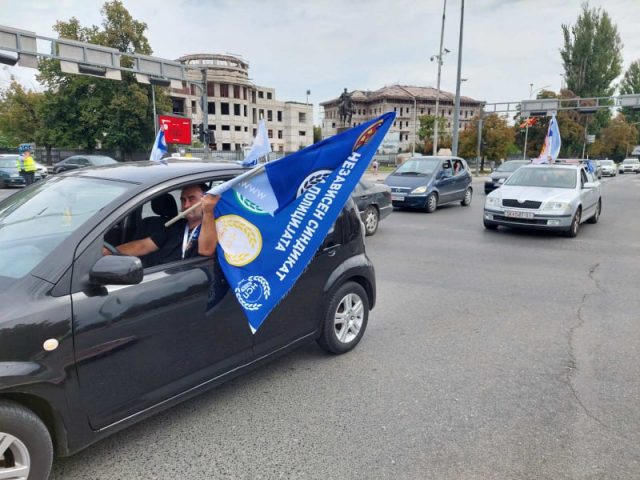 The Independent Police Union and the Confederation of Trade Unions (KSOM) staged a protest Wednesday on the 30th anniversary of the country’s independence to indicate the condition of the workers.

The Confederation of Trade Unions along with the Independent Police Union held a protest, which started as a procession of cars that passed through the center of Skopje and ended in front of the Government.

“We did not choose this date by chance, we all know what 30 years of independence means and it is a solemn moment. I cannot understand how after 30 years the worker is brought to this degree. We are sending a message like from the last protest on May 8 when we were received by the Prime Minister’s advisor, but unfortunately from that meeting our demands remained unresolved. That is why we are sending an appeal from here and we will send another letter to be received by the Prime Minister and we only want to talk to him and explain our views,” said the organizers of the protest.