Home Macedonia Mickoski: The citizens are humiliated, robbed and disappointed, that’s why they don’t... 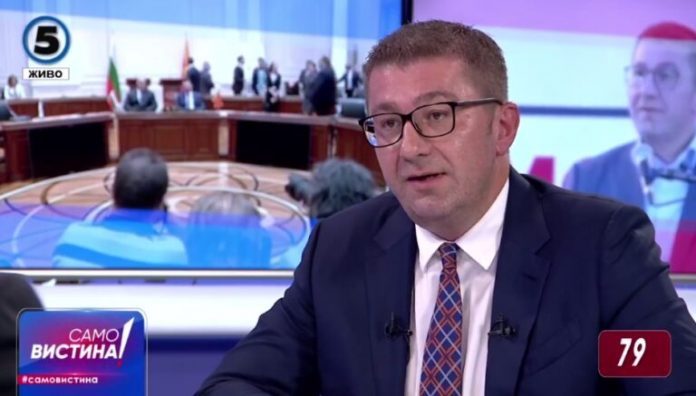 The people know for sure that they are humiliated, stolen, humiliated and the people are completely disappointed with what is happening and do not believe in the institutions led by this government, said VMRO-DPMNE leader Hristijan Mickoski on the Kanal 5 TV duel.

Mickoski pointed out that precisely because of the wrong policies of SDSM and Zoran Zaev and the lies like the one from the plane when they were photographed that we got a date, they no longer believe in politicians and is in apathy, something that must change after October 17 the fall of this government because not everyone is the same.

“They took pictures from a plane that we are negotiating with the EU. Zaev said that we have solved all the problems with our neighbors. He had previously sworn in the wire and shouted that he would not do what he had done. Now he says again that we should negotiate What should we negotiate, until when will we negotiate? Do we not have an agreement with Bulgaria and that all problems with the neighbors have been resolved? The first in the government 3 years ago took a picture on a plane and said that we have started negotiations and that all problems with the neighbors have been resolved. I claim that is not the case. The problems due to the exhibitions of this government and the bad tomato international politics are complicated,” Mickoski pointed out.