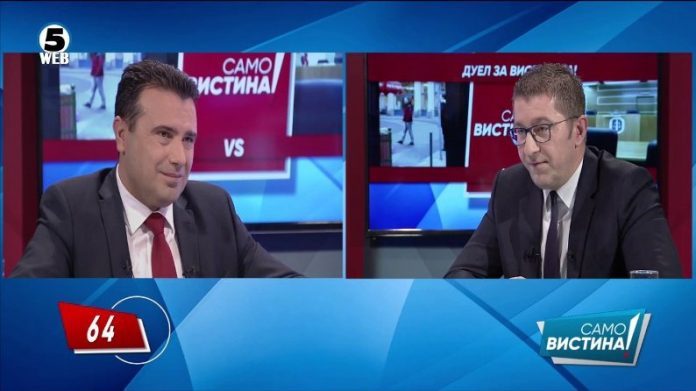 Prime Minister and leader of SDSM Zoran Zaev and VMRO-DPMNE leader Hristijan Mickoski at the end of Kanal 5 Tv duel, despite a series of quarrels, shook hands for fair and democratic local elections.

Zaev said that he has no problem shaking hands with his political opponent, and Mickoski stressed that he is the first actor on the political scene to announce a positive campaign with projects and policies important to the citizens.

We must agree that the future is the most important thing for the citizens. Let’s shake hands for fair and democratic elections, said Zaev.

Mickoski wished for the elections to have conditions for fair and democratic expression of the citizens.

I have no problem promising a fair and democratic campaign, but that is not part of the responsibility of the opposition because the government is the organizer of the elections, added Mickoski.