Home Macedonia Peshevska: SDSM supports sexism by not reacting to the attacks on Arsovska 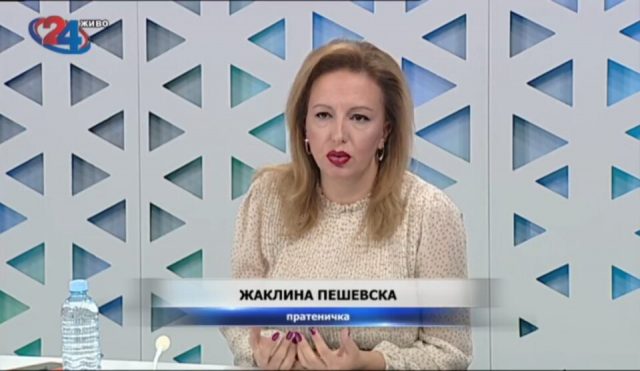 We do not have a society for everyone in our country, a number of cases and situations have proved that, said Head of the Union of Women of VMRO-DPMNE ZhaklinaPeshevskain an interview with TV 24.

Peshevska thinks the laws in Macedonia are good, but they are not implemented.

“We had an insult to the candidate for mayor of the City of Skopje DanelaArsovska, for which I had a press conference and I called on the Club of MPs to react, because no one reacted to it until that moment. It is nice that a code of ethics will be adopted, we have it in the Parliament but it is not respected, we have good laws, but we do not have their implementation,” Peshevska said.

The MP also referred to the attacks on the opposition candidate for mayor of the Macedonian capital DanelaArsovska by close members of SDSM, pointing out that one day some of them might be the target of such attacks and hate speech.