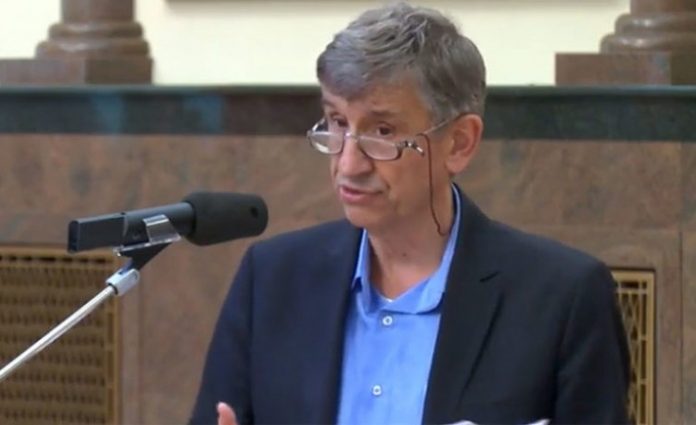 “Throughout history, Macedonian people were mainly under four rulers: under Byzantium for over four and a half centuries, nearly a century under Bulgaria, nearly a century under Serbia, and five and a half centuries under the Ottoman Empire. Today, all those empires and kingdoms have disintegrated and disappeared, but what’s left in time and space is the Macedonian spiritual and material legacy. So, for more than a thousand years, we Macedonians have opposed and continue to oppose disappearance with what’s most indestructible – our word, our artistic and scientific spirit, wherever Macedonians live and have lived,” Kocarev said. “The joy, pride and peace,” he pointed out, “throughout the three decades of independence don’t come from the political circumstances, which are not good.”

“Today’s politicians are servants of daily political and geostrategic interests, and not of the state-building interests that we celebrate together today. The joy, pride and peace come from my confidence, even certainty that the Macedonian state, identity, language, science and art will persevere in these lands in the centuries that come,” said Kocarev.