Home Macedonia Mickoski: Many things related to the future of Macedonia depend on these... 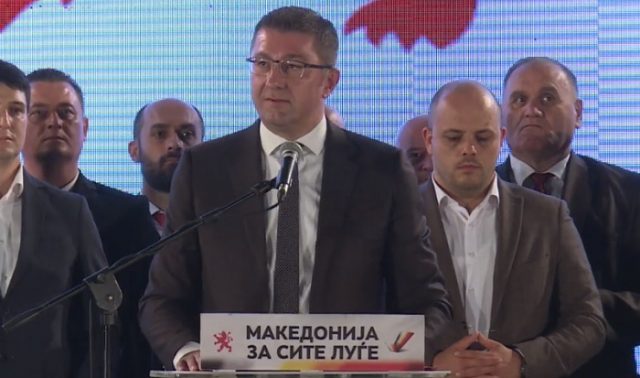 Without abandoning the tradition, VMRO-DPMNE started this campaign from Ohrid. Instead of the town square, the citizens of Ohrid gathered at the Ancient Theater to hear the presentation of the candidates for mayor of Ohrid Kiril Pecakov and the holder of the council list SashoDonev.

“At the beginning of the election campaign, traditionally in Macedonian Jerusalem, in our pearl, a city whose value and past we are all proud of, and for whose better, new future we will all fight together,” said party leaderHristijanMickoski, welcoming the audience united under the slogan “Create a new future”.

Mickoski dedicated the beginning of his speech to the ruling party. It is clear what the future will be if this government continues, said the president of VMRO-DPMNE ahead of local elections on October 17.

“These are seemingly ordinary elections. But if you look deeper, you are more than that. Many things depend on them, all related to the future of our country Macedonia. In these elections, the state will either continue to function in this way as in previous years and we will witness even deeper corruption, chaos, dysfunction of the system, lack of responsibility, lack of justice, social and economic problems and stagnation of the state, experimentation in education, decay and inhumane treatment of farmers, or we will all together create a new different, different, better future,” said Mickoski.

“Are we ready to give four more years to the same people who have twice failed to live up to expectations, failed to keep their word, made false promises, and drowned in their power and arrogance, in corruption, playing with your lives,” the leader of the largest opposition party pointed out.