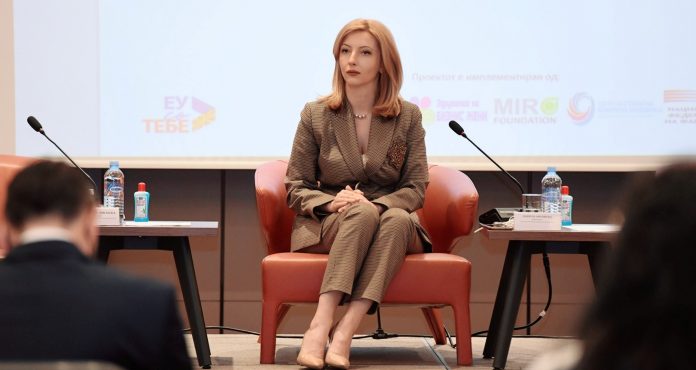 “In the 21st century, there must not be entire neighborhoods and settlements in the capital without basic necessities and living conditions. Skopje is facing uneven development. While the city center and urban neighborhoods are overcrowded, suburban neighborhoods lack basic living conditions. Only 7 to 8 kilometers from the city center there are a dozen settlements in which, in one there is no regular and clean water, in another there is no sewage system, in a third there are no playgrounds for children, in some there are no sidewalks and asphalt streets, in another there is no bus line. Therefore, we propose and will immediately start implementing one of the basic projects of my program – Skopje without forgotten settlements. The city will build a new and special program for all forgotten settlements. Volkovo, Arnakija, Dame Gruev, Madzari, Topaana, Pripor, Suto Orizari, Gorno Nerezi, Dolno Lisice, Glumovo, Svilare, Sisevo, Idrizovo, Ljubanci and Ljuboten, Singjelic, Kondovo, Kuchkovo and many of our other Skopje neighborhoods will be one of the top priorities in my term. There must be sewage system, water, asphalt, bus transport and playgrounds for the youngest must in every settlement in and around Skopje,” said Arsovska.

Net Press (Macedonian: Нет Прес) is an independent internet news agency in the Republic of North Macedonia. Net Press's primary task is providing news, information and analyses only in Macedonian language. Net Press was founded in January 2007 and is based in Skopje.
Contact us: [email protected]com.mk
©