Home Macedonia Skopje led by Shilegovfinances associations suspected of pedophilia, instead of projects for...

Skopje Mayor PetreShilegov is trying to keep silent from the public the truth about the scandalous camp organized by the First Skopje Scout Detachment, a project funded by the City of Skopje in 2021, said VMRO-DPMNE spokespersonMarijaMiteva at a press conference.

Miteva pointed out that Shilegov is trying in vain to avoid responsibility, the scandalous camp and the events that took place are financed by the City of Skopje and this is clearly seen from this document that the party made available to the media and the public.

“This is a sufficient indicator that Shilegov is one of the responsible actors in this process.” It is frightening that Shilegov tried to distance himself a few days ago, lying to the public saying that he was not familiar with the disputed activity. Additionally, Shilegov claimed that the participants were not organized by high schools. Shilegov manipulated the public, but above all with the worried parents when he claimed that the event shocked him as well, and from this it is clear that he knew, approved and financed the project with scandalous content. Additionally, this project is one of the program goals of the city of Skopje. By terminating the contract, Shilegov gave direct recognition,” Miteva said. 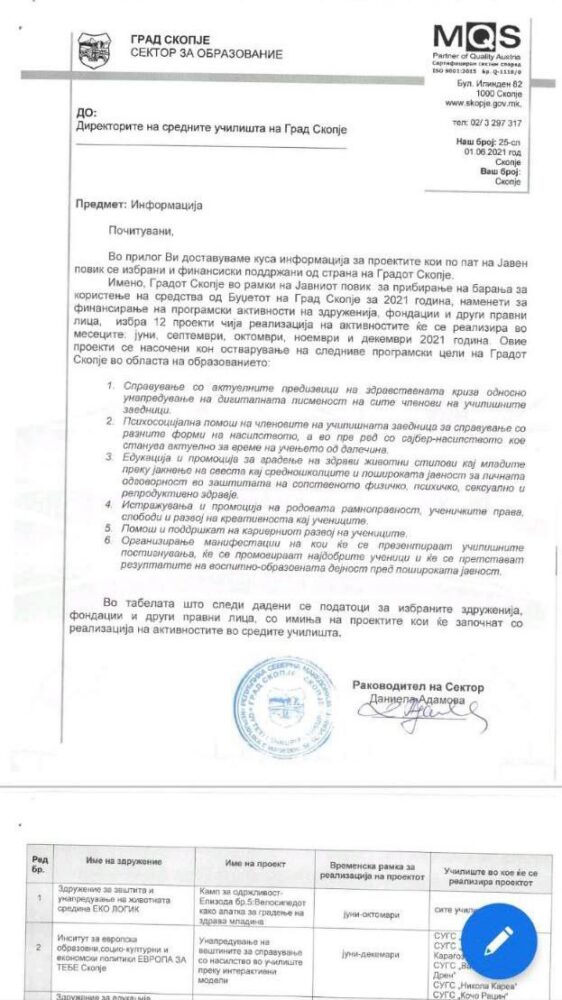 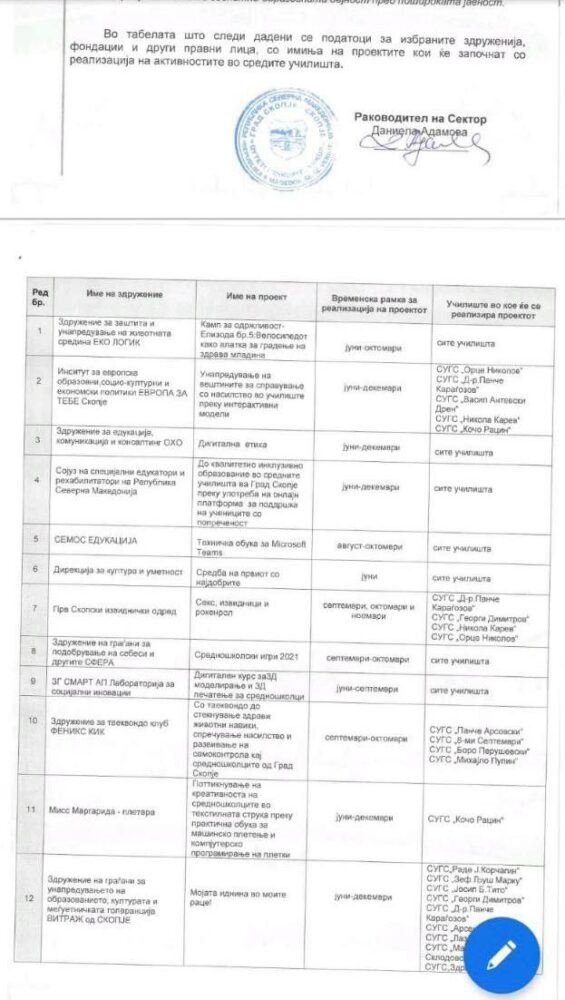