Home Macedonia Peshevska: As a woman, I am disgusted by the level of speech... 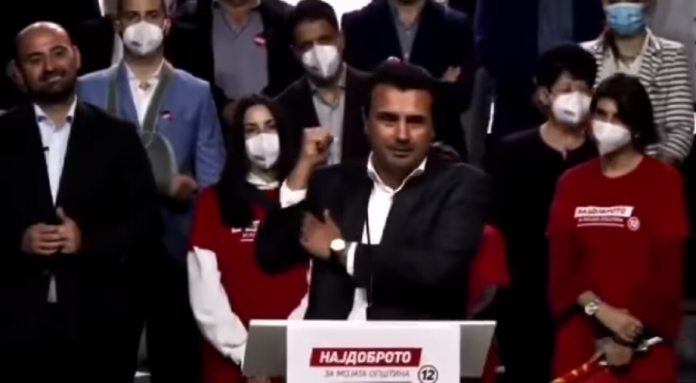 As a woman, I am disgusted by the level of speech of Prime Minister Zaev at the SDSM rally in the Municipality of Aerodrom. I strongly condemn the action of the Prime Minister, that by making gestures with his hand he mentions a woman, who is a wife and mother and decided to run for mayor of Skopje, reads the Facebook status of Zaklina Peshevska from the ranks of VMRO-DPMNE.

She believes that the Prime Minister and SDSM, when signing the code of ethics for fair and democratic elections, did not think that they would run such a campaign.

Peshevska calls on the president of the SDSM women’s forum Snezana Kalevska Vancheva, to condemn the action of Prime Minister Zaev and to defend a woman in politics.

“Such actions are inadmissible also because there is an ongoing campaign entitled ‘Circle NO to Violence against Women in Politics’, which I believe SDSM supports not only declaratively, but truly,” Peshevska wrote.