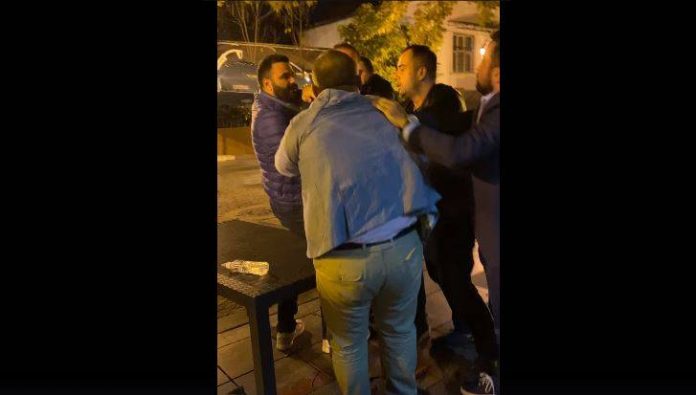 Businessman Arijanit Xhaferi, son of former Deputy Prime Minister Musa Xhaferi, attacked Marko Bislimoski, director of the RKE energy regulatory commission yesterday evening. The incident, that was captured on camera, comes after Bislimoski took away Xhaferi’s license to trade with electricity through his U Power company.

Xhaferi is seen dragging Bislimoski, while three people from his retinue try to pull him away and run in an unknown direction.