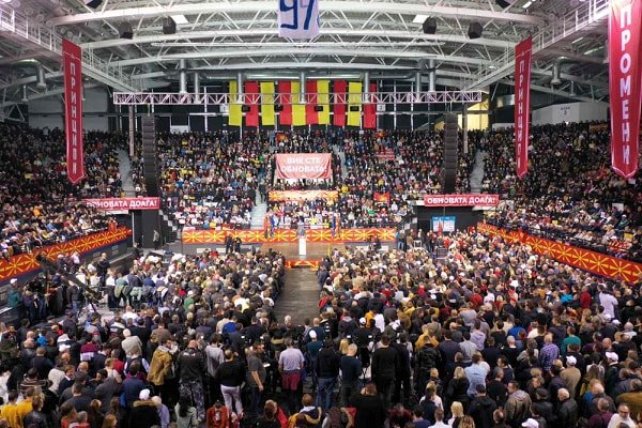 It is time to create a new future, and Macedonia is in dire need of change, projects and victories, say the VMRO-DPMNE.

“The people, the silent majority of this country has a chance to come out en masse on October 17 and vote for the candidates of VMRO-DPMNE, because only a vote for the candidates of VMRO-DPMNE is a vote for change of SDSM and the fall of this government that does nothing. Citizens should know that the vote for the smaller parties only divides the opposition, and be sure that any deviation outside of this joint bloc action against the government is another big experiment that is Zaev’s investment to crush the resistance, just to buy another one. month more for tenders and power,” the party said in a press release.

They point out that ad hoc parties that were created to hunt for dissatisfaction and disappointment and to play with the emotions of the people, through outbursts and tricks that cannot bring real progress are Zaev’s tool.

“This is a chance for those who boycotted in the past, those who did not plan to vote for any party, because they are tired of the gray. Do not let your vote fall through. Irresponsible government is not only a consequence of the bad qualities of the leaders and leaders of the government, but also because of the ignorance and disinterest of good people to participate in politics, they are the people who chose to remain silent when they should have shouted. All of you vast majority who want change, who want a better tomorrow is the time to take destiny into your own hands. Vote for the candidates of VMRO-DPMNE,” VMRO-DPMNE stressed.