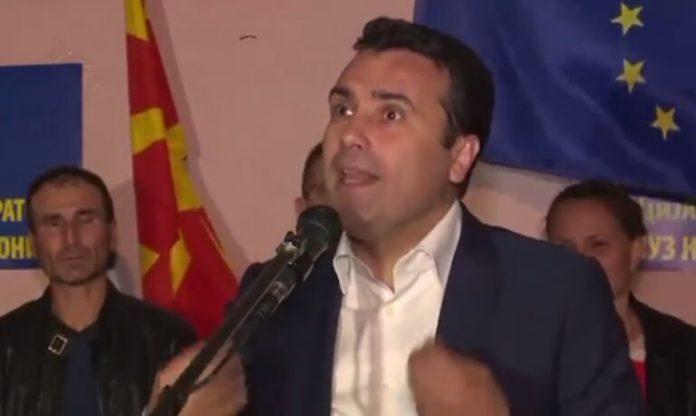 The local elections that are being held in Macedonia tomorrow are eagerly awaited in Bulgaria. The local parties, as well as President Rumen Radev, have expressed support for Zoran Zaev and SDSM – a move that is quite expected given that Zaev is the only one who has made promises in Bulgaria. Those promises of Zaev given in Bulgaria, but also his last statements regarding the problem imposed by our neighbors are the reason why he has their support.

Although these are local elections, the defeat of Zoran Zaev will mean an opportunity for early parliamentary elections, and thus an opportunity to lose the central government. Of course, this does not suit the politicians in Bulgaria, given that the leader of VMRO-DPMNE, Hristijan Mickoski is against negotiations on identity issues and demands that Macedonians be included in the Bulgarian Constitution. Such an attitude is unacceptable in Bulgaria, which denies the Macedonian nation and does not recognize the Macedonian minority.

But in Macedonia there is another politician who has no problem bargaining with Macedonian and state interests. We have seen that since the so-called An agreement on good neighborliness and friendship that became the basis for all further Bulgarian conditions and blockades in the EU. And that Zaev’s stay in power suits Bulgaria can be seen from the demands of Bulgarian President Radev for the Bulgarians to be included in the Macedonian Constitution, something that Zaev immediately accepted. Furthermore, Bulgaria gives its support to Zaev because of the famous signpost that no one in Macedonia has seen, and Bulgaria is waiting for him with euphoria. In that direction are the statements of Zaev who says that a solution is possible and believes in a solution, and according to the firm position of Bulgaria, that solution at this moment is possible only if Macedonia gives in.