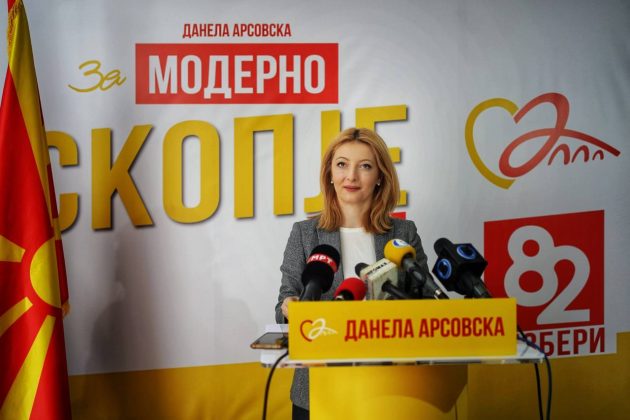 Independent mayoral candidate backed by VMRO-DPMNE Danela Arsovska held a press conference on Monday, the day after the local elections, and informed that she had a lead of 5,300 votes ahead of Petre Shilegov.

Arsovska thanked everyone for their votes and called on those who are not satisfied with the current leadership of Skopje to vote for her in the second round.

“Skopje is sunny today, and the citizens of Skopje delivered us a victory in the first round. They have shown us it was time for change. I’m grateful to all who supported me and to VMRO-DPMNE, the Alliance for Albanians and the other parties for their support, but mostly I’m grateful to the citizens. The results show that it is time for a new approach and that the time of the politicians who promise but don’t deliver has passed. I congratulate the other 10 candidates, who brought some fresh energy and i will make their programs and priorities part of my work,” Arsovska said.