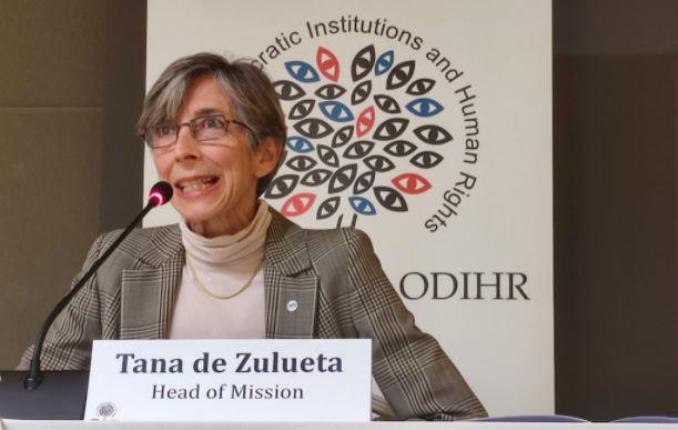 Macedonia’s 17 October local elections were competitive and fundamental freedoms were widely respected, but numerous shortcomings in the legal framework underscore the need for a comprehensive reform, the head of ODIHR’s election observation mission Tana de Zulueta told a press conference on Monday.

She said that numerous gaps in the law and legislative changes close to election day undermined legal stability and the largest parliamentary parties enjoy systemic advantages in the distribution of public resources for campaigning.

There were remarks on the under-representation of women apply especially among the candidates for mayors.

“It was good to see a large number of candidates freely campaigning throughout the country. But it was apparent from our observation that the biggest parties have used the law to carve out a predominance in the political field. This clearly skews the system to their advantage,” de Zulueta told the presentation of preliminary findings and conclusions following the local elections in N. Macedonia.

She stressed that biometric voter identification was introduced in North Macedonia for the first time in these elections, and while the step was generally welcomed as a fraud-prevention measure, the timeline for its nationwide implementation lacked any pilot project or comprehensive testing. On election day itself, de Zulueta added, frequent problems with the biometric identification devices were noted.