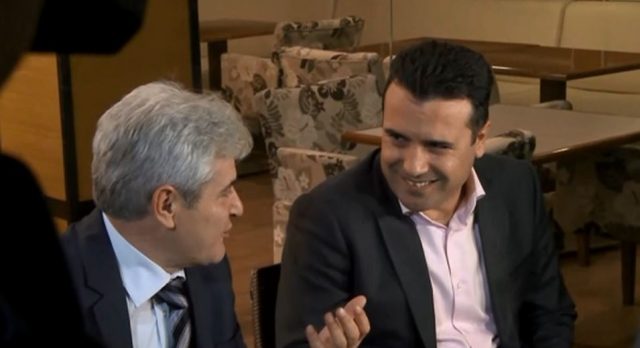 SDSM in several municipalities supported the candidates for mayors from the ranks of DUI, and will do the same in the second election round.

They confirmed the support for the DUI candidates in all municipalities where he competes with the opposition, so in Kichevo they will support FatmirDehari, instead of AleksandarJovanovski.

“In Struga we support RamizMerko, in Kicevo we support FatmirDehari, in Gostivar we support NevzatBejta, in Chair we support VisarGani and vice versa in other municipalities, and we expect support. Everywhere our two coalition partners DUI and BESA are competing, we’ll leave itto the citizens to decide for themselves,” said SDSM leader ZoranZaev.