Home Macedonia Hoxha: Besa’s cooperation with AA is for the local elections, the rest... 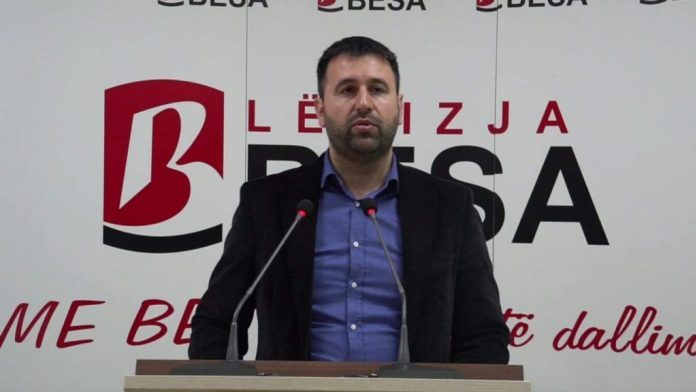 The head of the election headquarters and Secretary General of the Besa movement Arianit Hoxha, said on Tuesday that the party remained of the view that co-operation was needed with the Alliance for Albanians in order for DUI candidates to win this local election. According to him, the legitimacy for a new government comes from the parliamentary elections, but whether as a party they would support a new parliamentary majority, as he said, will depend on how events on the political scene after the local elections.

“We remain firm in our determination to together with the Alliance for Albanians defeat DUI in the municipalities where we participate in the second round. These are local elections, the legitimacy for parliamentary elections, ie for a new government comes from parliamentary elections. It remains to be seen after the elections how events will unfold and how the political scene will move afterwards,” Hoxha said in response to a reporter’s question whether, although they are part of the current government, they would support a new parliamentary majority given the co-operation with the opposition during these local elections.