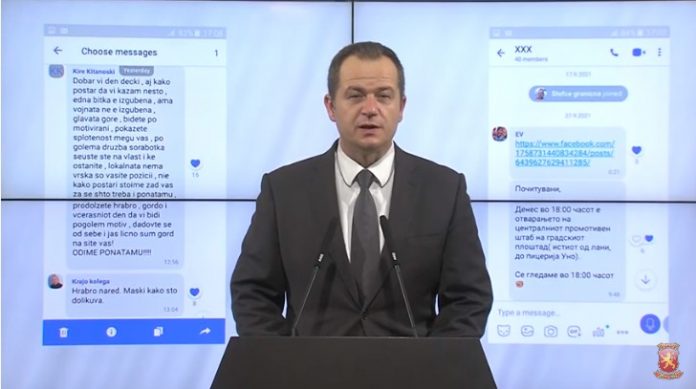 The criminal group of police officers of Prime Minister Zoran Zaev and Minister of Interior Oliver Spasovski imposed fictitious fines, forced suspensions, and made lists for voting for SDSM. Today we continue with new scandalous findings due to which we openly suspect that it was headed by Minister Spasovski, said VMRO-DPMNE official Dragan Kovacki at Tuesday’s press conference during which the opposition published correspondence which it claims is evidence of organizing pre-election pressure on its activists.

Kire Kitanoski, who is a man of Oliver Lukareski, the advisor of Oliver Spasovski, and under commander of the Prilep interior department, a day after the October 17 elections he wrote to the members of the group, perpetrators of political pressure – “one battle is lost, but the war is not lost,” we as elders stand behind you for everything needed “,” the central government is ours”. At the same time, in the same group, a member of the Ministry of Interior calls for the opening of a SDSM headquarters. We have an open suspicion that there’s a same structure of criminal association of partisan police officers in Bitola, Radovish, and Ohrid, he said.

“Good day guys, let me tell you something as an elder, one battle is lost, but the war is not lost, keep your head up, be more motivated, show unity between you, greater friendship, cooperation, you are still in power and you will stay in power, the local has nothing to do with your positions, we as seniors stand behind you for everything you need to continue, continue bravely, proudly and let yesterday to be a greater motivation for you, you did your best and I am personally proud of all of you! Let’s go move on!!!, reads Kovachki. 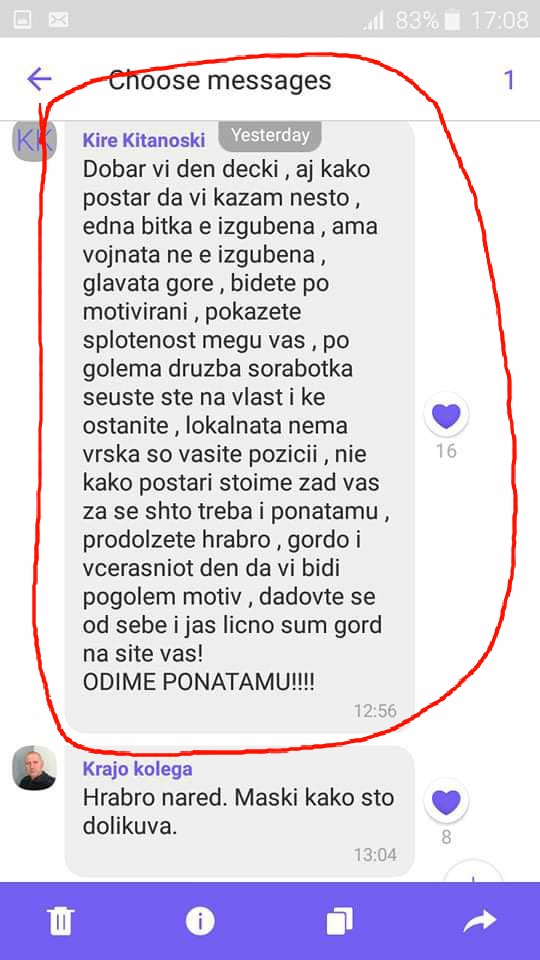 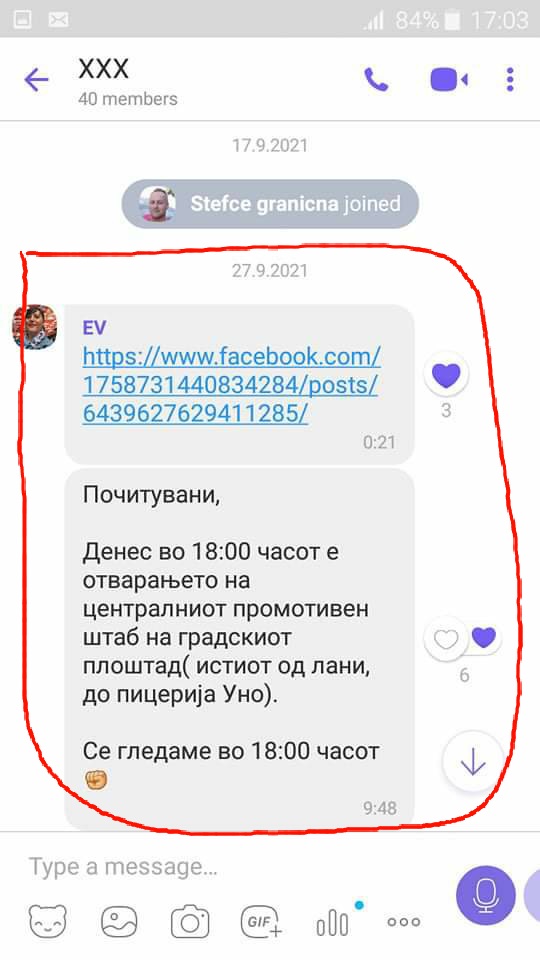