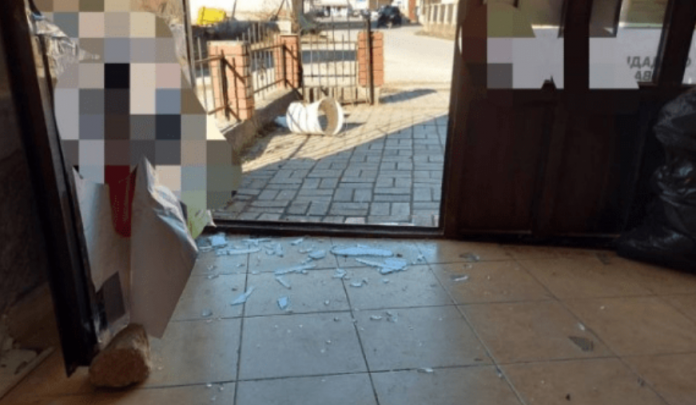 The office of a political party in the village of Leskoec, near Ohrid, was demolished overnight.

Because of the ban on political reporting a day before the elections we cannot reveal which party was attacked. Locals say that the entrance was smashed and the office ransacked.

The case was reported to the police, which should determine the causes and perpetrators of the pre-election violence in Ohrid, where the media report that there is a tense atmosphere after Minister Spasovski sent special police forces to the city.