Home Macedonia Hoxha: We have endured many things from DUI, but now we’ve had... 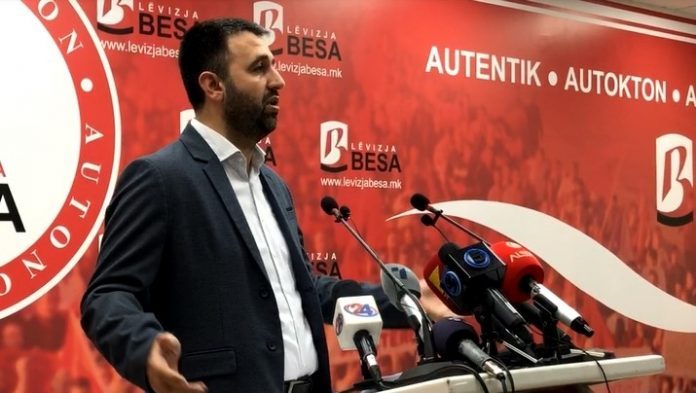 I will not sit at the same table with DUI ministers in the Government, maybe my position is emotional as Ali Ahmeti says, but I will say that it is principled, because I will not allow further disrespect of Besa as a coalition partner, said Secretary General and Chief Minister of Agriculture Arjanit Hoxha at the Besa election headquarters. He says that he expresses his personal position, and that Besa as a democratic party will decide whether to leave the Government or stay in it.

“Besa is a serious party that has endured a very unprincipled policy in the Government by the coalition partner DUI, because in the first place we had the big picture – the European integration of the country and the policy for development of the country. Unfortunately, just when Besa is on the rise, which was seen in the local elections, DUI acted with its old, criminal methods through one of their observers, unknown to us. The epilogue is a re-run in Zhelino where Besa won the mayoral race, with one of their goals being to steal our victory. There will be a re-run at the polling station where the DUI candidate voted by chance and where they received twice as many votes. The question is whether there are as many other polling stations where in the past DUI disputed voting with the same methods,” Hoxha said.