Home Macedonia Two arrested for demanding 75,000 euros from a businessman to stop a... 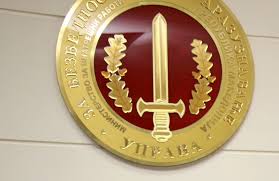 Police have filed criminal charges against two people for false representation and fraud after the two were detained yesterday on suspicion of racketeering famous businessmen.

The Department for Suppression of Organized and Serious Crime (OSOSK) in coordination with the Department for Criminal Police (OKP) to the Public Prosecutor’s Office Skopje, yesterday filed criminal charges against MM (32) and VS (31).

“The prime suspect M.M. during 2020 and 2021, with the intention to obtain illegal property gain, he falsely presented facts to the injured parties that he allegedly possessed information according to which the Public Prosecutor’s Office for Organized Crime and Corruption is conducting proceedings against several individuals and legal entities. In order to convince him of the truth of his claims, he showed one of the alleged suspects in that procedure an Order with false content, which he prepared on his private computer, for allegedly opening a pre-investigation procedure by the Public Prosecutor’s Office, which misled the damaged party. He demanded a cash reward of 75,000 euros, which will be paid to him on several occasions, in order to use his connections and connections that he allegedly had with officials – investigators in the prosecution to stop the procedure. M.M. using lies and manipulations, he lured the damaged party to give him 5,000 euros which he took on 03.11.2021 at their meeting in a restaurant in Skopje, thus committing the crime “Fraud”, provided and punishable under Article 247 paragraph 3 above paragraph 1 from the Criminal Code”, reads the press release issued by the Ministry of Interior.