Home Macedonia I won’t manipulate with the adjective like Zaev, says Mickoski 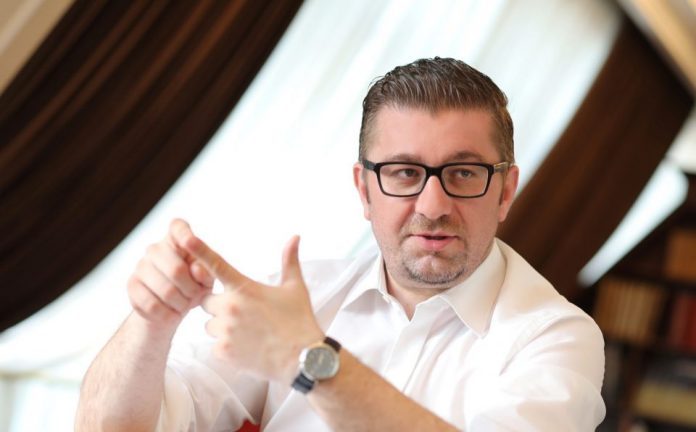 VMRO-DPMNE leader Hristijan Mickoski in an interview with Sitel TV discussed the current political situation in the country, the results of the local elections, as well as the expectations in the coming period regarding the formation of a new parliamentary majority.

Mickoski emphasized that SDSM experienced a debacle in the local elections and that it is a sufficient reason for Zoran Zaev to resign on Monday, although he announced it a week ago.

Mickoski added that it is not correct for Zaev to try to use the Prespa Agreement as his personal protection and to continue with the crimes, because both the EU and the citizens were convinced that Zoran Zaev promised and lied, but did not fulfill any of the EU conditions.

“Several years ago, he addressed the public using the adjective, although he is aware that it touches the feelings of the citizens, at the cost of flattering the neighboring countries. I will not do that, because I am sufficiently aware of the manipulation regarding the adjective and its application,” Mickoski added.

“The citizens of the Republic of Macedonia have chosen prosperity and new projects, as opposed to crime and stagnation of the entire country. It is a great honor, but also a responsibility, and that is why the new mayors have been working since day one,” Mickoski said.