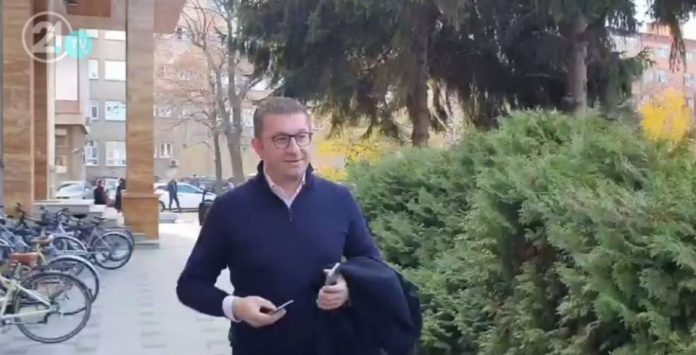 Leader of the opposition VMRO-DPMNE Hristijan Mickoski on Thursday arrived at the Parliament where the vote of no-confidence of the Government is ongoing.

Mickoski refused to comment in front of the media on the latest developments in the legislature, where the session at which the Government no-confidence Initiative is to be discussed and voted on cannot be officially opened and the agenda voted, because there is no quorum since it was concluded that there are not enough MPs in the hall.

When asked by TV 21 whether another MP will be found in the place of Kastriot Rexhepi “who changed his mind”, Mickoski only compared the Besa MP with the late Roma MP Amdi Bajram.

“He is the new Amdi Bajram, may he rest in peace,” Mickoski said.