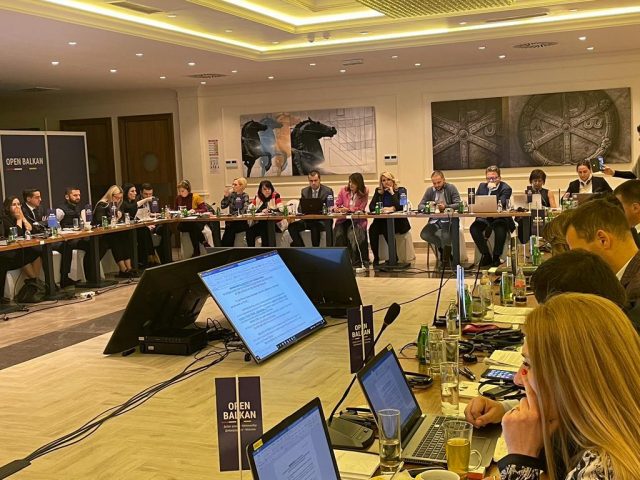 Macedonian delegation led by Deputy Agriculture Minister Trajan Dimkovski took part in a two-day working meeting in Nis, where participants set out preconditions for efficient implementation of the agreements paving the way for the region to become connected, single and open market, the Government said Sunday.

The meeting defined the steps that will open free access to the labor market and connectivity through the Open Balkan initiative from next year.

“Participants discussed initial drafts for facilitation of import, export and movement of goods in the Western Balkans, as well as for free access to the labor market through Open Balkan ID, which opens numerous benefits for the people in the region,” said the press release.

Working groups of experts were set up for the meeting, including officials of the ministries of economy, foreign affairs, interior affairs and information society and administration, as well as representatives of several institutions, including the customs administration, food and veterinary agency, inspectorates, etc.