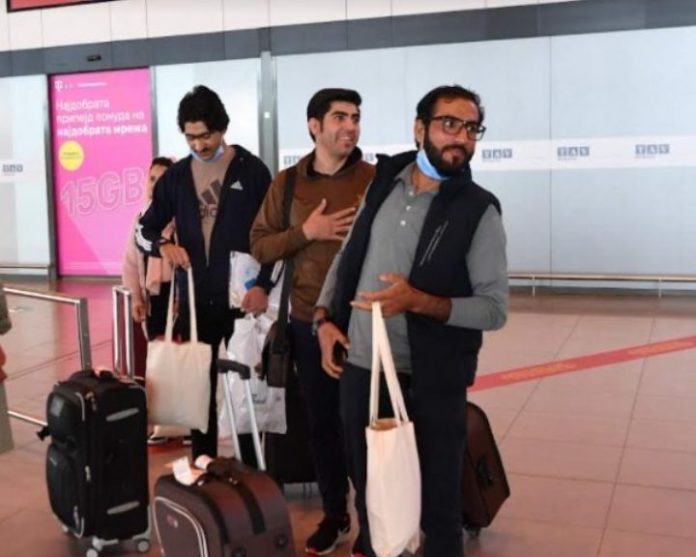 The journalists, the government said in a press release, worked for local TV and radio stations, as well as foreign press correspondents. After the fall of Kabul, they received death threats from the Taliban.

Security checkups and PCR tests, which are part of a standard procedure, were conducted when the plane landed.

Costs for the accommodation in Skopje will be fully covered by Journalists for Human Rights.

A total of 534 Afghan citizens are staying in the country at the moment. So far, 85 Afghan nationals left Macedonia after getting permanent residencies in France, Greece, Ireland, Portugal, Brazil and the United States.