Home Macedonia Mickoski: What Bulgaria demands from Macedonia is indecent 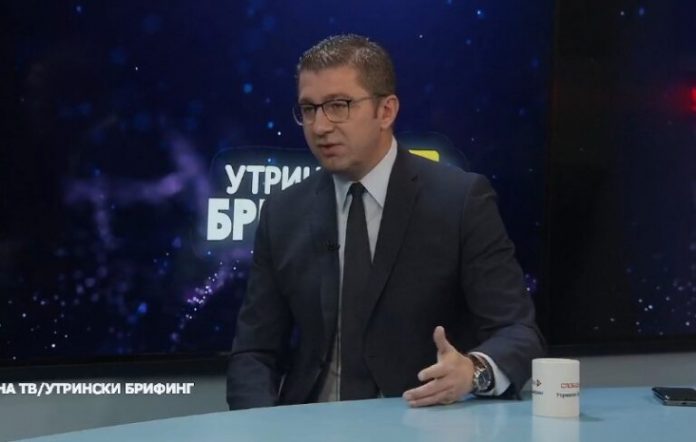 VMRO-DPMNE leader Hristijan Mickoski said that the Bulgarian demands, that Macedonia thoroughly rewrites its history and redefines its national identity, are “indecent and contrary to European values”. Bulgaria is blocking Macedonia from opening its EU accession talks until a long list of demands are met.

“There must be reciprocity in our relations. What is asked from Macedonia and the Macedonians at this moment is indecent and has nothing to do with the values espoused by Adenaur, Schuman and de Gasperi. You can’t deny someone his right to his own language, identity, history, culture, uniqueness, under the guise of European values”, Mickoski said.

“I can’t accept that in the 21st century somebody forbids me to identify myself as Macedonian, to honor Macedonian heroes, the Macedonian organization formed in Solun in 1893, and that somebody tells me all of this is not Macedonian but Bulgarian. We can’t accept to be told that we only exist from 1945, and that Bulgaria came here to liberate us”, Mickoski added.