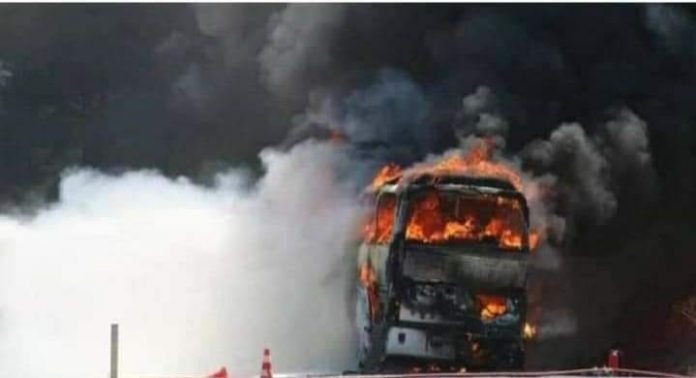 Acting Minister of Interior of Bulgaria Boyko Rashkov, who is at the place where a Macedonian bus caught on fire and killed 45 passengers, said that the investigation will clarify all details. It is quite possible that the ignition of the bus was caused by contact with the protective fence. All sorts of versions have been heard, including fuel leaks, but there are still no final results.

“The victims’ bodies have burned beyond recognition. It remains to be seen whether there are slopes on the highway that deviate from the allowed”, said Rashkov.

“At this stage it can be assumed that the cause of the accident could be human error or technical malfunction”, said the director of the National Security Service Borislav Sarafov.