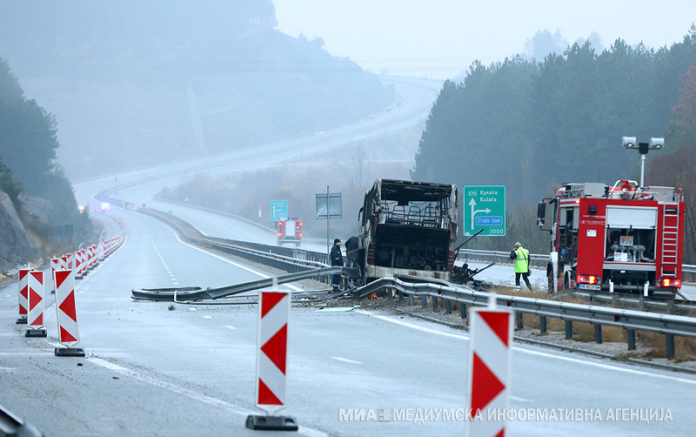 The bus was traveling at a speed of over 100 km/h and there were no braking marks, which means that the driver did not react properly. The accident was absolutely the result of human error, Vasko Pirgov, safety official of Pernik told BTV, who arrived first at the scene of the accident together with the police officers and firefighters.

He said the bus did not overturn and the driver tried to turn left, adding that there was footage “which is not nice to watch.”

“It was a terrible sight. The front part of the bus was burnt, the people who are in Pirogov hospital were in the back seats of the bus. The right window of the bus was broken and they got out of there,” Pirgov said.

According to the official, the bus had stopped off at a petrol station near Sofia about an hour before the accident. He said that the possibility that the driver was asleep was excluded, because it takes about 20 minutes to get from the petrol station to the place of the accident.

“The road is in perfect shape. This is a driver error. There is no possibility that the bus slipped on the road, there are no braking marks. The bus caught fire from the front,” Pirgov said, adding that the fire started from the front of the bus, most likely in the heating system.