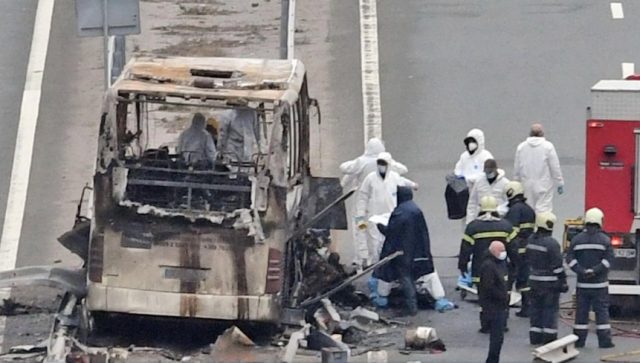 Bulgaria’s prosecutor SiikaMileva could not answer a question at a news conference on Thursday whether the mysterious passenger was a certain ShadiNauf al-Saleh, a 36-year-old Arab national of the United Arab Emirates whose name was seen by relatives of survivors on a list they received at the Sofia hospital.

This was initially stated to the Bulgarian media by BasarMemedi, the son of the second bus driver who died in the fire, KadriMedi, who stated that al-Saleh’s name was not on the list of passengers on the “Besa Trans” bus.

The official list of survivors published by the Macedonian Ministry of Foreign Affairs lists the names of seven people, and among them is not an Arab citizen.

Bulgarian investigators will further investigate who this person is and where he is now, and whether he escaped the burning bus and then mysteriously disappear into the night.