Home Macedonia Hajredini: Grubi is powerful thanks to Zaev who gave him “bombs” and... 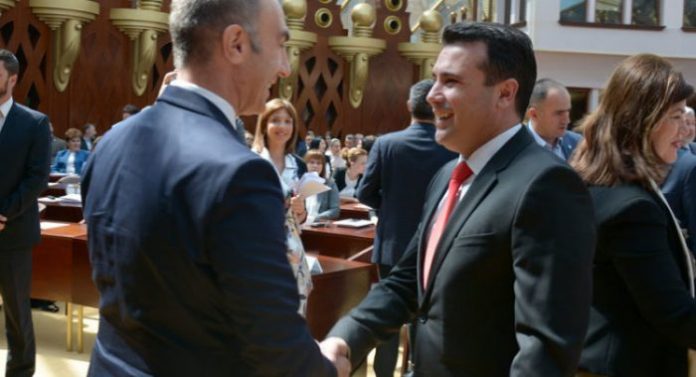 Former Minister of Finance Cevdet Hajredini in an interview with Alfa TV’s political show said that Deputy Prime Minister Artan Grubi shows power thanks to Prime Minister Zaev who gave him part of the so-called “bombs” that Zaev had in his possession.

Hajredini pointed out that Grubi also has telephone conversations with DUI staff and thus holds them in his hands, and also noted that if someone got in touch with the first deputy prime minister, he used other methods.

“Zaev gave wiretap recordings to Grubi and that is why he is acting powerful and no one can touch him. He can forcibly firethe Secretary General of the Government and no one would be able to say anything, and with those “bombs” Grubi holds the DUI staff in his hands because he has some “bombs” of them as well. There are other facts that if someone hooks up with Grubi, there are other consequences and that is why there was an example,” he added.