Home Macedonia Alternativa to get three ministerial and deputy positions and at least five... 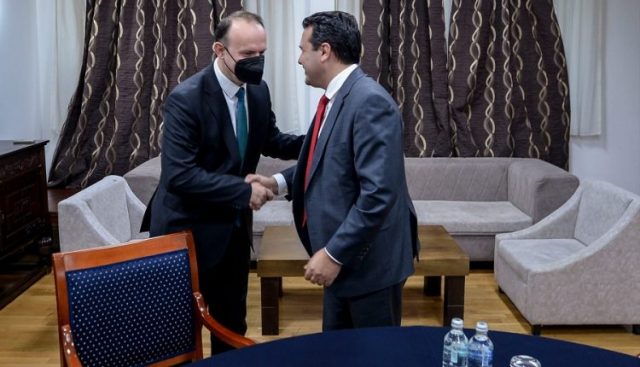 Prime Minister of MacedoniaZoranZaev and leader the Alternative political party AfrimGashigave statements to the media Sunday at the MPs Club concerning Alternativa’s decision to join the parliamentary majority.

Zaev officially unveiled the ministerial posts and functions that the Alternativa party will receive after joining the Government and the parliamentary majority.

“Alternativa takes responsibility with its own staff and will appoint a Minister of Health, a Minister of Information Society and Administration, and a Minister without portfolio in charge of the Diaspora. The government will appoint several ministers without portfolio in order to better address all domestic and global challenges. Alternativa will also appoint three deputy ministers, one of which in the Ministry of Education and Science, one in the Ministry of Culture, for the third department remains to be further specified, although we talked about a Deputy Minister of Agriculture. Alternativa will take responsibility in managing the governing and responsible bodies in several institutions at central and regional level. Among other things, the most important of them are MEPSO, HIF, MZ Transport, Clinical Center Tetovo, Agency for Foreign Investments and others “, informed Zaev.