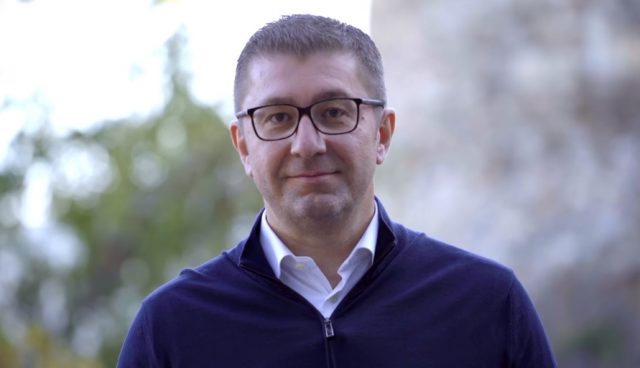 The party bodies of VMRO-DPMNE submitted the candidacy for leader of the party signed by 50 delegates with support for the current party leader HristijanMickoski.

In line with Article 34 of the Statute of VMRO-DPMNE, we as delegates to the party congress of VMRO-DPMNE file a formal initiative for the nomination of prof. Dr. HristijanMickoski in the election foe leader of VMRO-DPMNE.

“The unequivocal and unreserved support given is a result of his responsible, honest and quality leadership of the party, the great effort he has made to stabilize the situation in the largest political party in our country, as well as the positive election results of the recent local elections. We believe that the re-election of prof. Dr. HristijanMickoski will be an additional incentive for the future leadership.

Through the party that the citizens trust the most and under the leadership of its president Mickoski, we strongly pave the way for modernization of our country, rule of law, strengthening the fight against corruption, faster overcoming difficult health and economic challenges, increasing the standard of living of our citizens, improving relations with neighbors, partners and all friendly countries and increasing the speed with which we move on the path of European integration,” reads the press release.