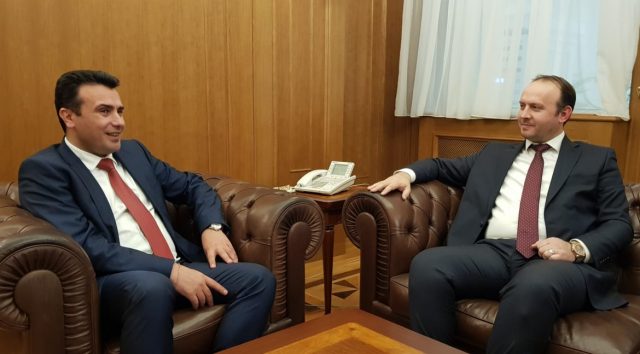 Prime Minister ZoranZaev and Alternativa leader AfrimGashi signed a program on joint action at the MPs Club on Sunday, following Alternativa’s decision to join the government and the parliamentary majority.

Zaev and Gashi stressed that the country is coming out of a political crisis, the parliamentary majority is stable and the government is stable, which means that the new expanded coalition takes on the responsibility for a secure future of both the state and the citizens of North Macedonia.

A joint conclusion that strengthens the new coalition, Zaev said, is that Macedonia and the citizens don’t need early or snap parliamentary elections.

“Early elections would only plunge the country into new political, economic and social uncertainty, as well as a risk of stalling European integration again. Enough with the crises and uncertainties. Our homeland needs a peaceful and stable period,” said Zaev.