Home Macedonia VMRO-DPMNE demands elections immediately – the sooner they happen the better for... 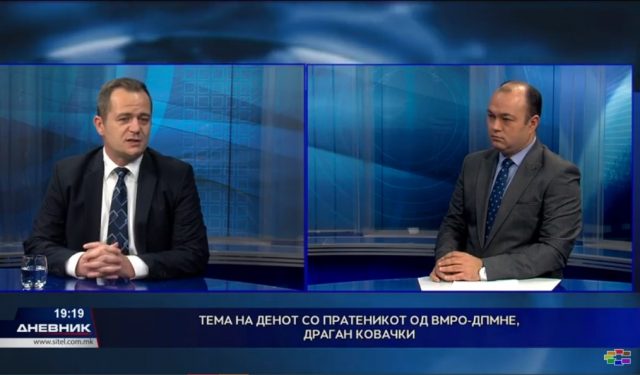 We demand elections immediately and the sooner the better for the country, not only if we as a party go selfishly then we would be dishonest towards the citizens. Because it is selfish if we look, it suits us to continue to say this situation from a party point of view against SDSM, said MP and VMRO-DPMNE EC member DraganKovachki.

Kovachki stressed that the departure of the ruling coalition between SDSM and DUI is better for both the citizens and the state, so that a new competent and professional structure can come that can find a solution to the problems.

He added that VMRO-DPMNE wants the start of negotiations for a date for EU accession and lobbies for it to happen as soon as possible, because the citizens deserve it, although the Government of SDSM and DUI do not deserve it. Macedonia has been in the EU waiting room for too long and it is time to start negotiations,” Kovachki said.