Home Macedonia Sterjovski: Bulgaria is trying to assimilate Macedonians in Albania, and the country... 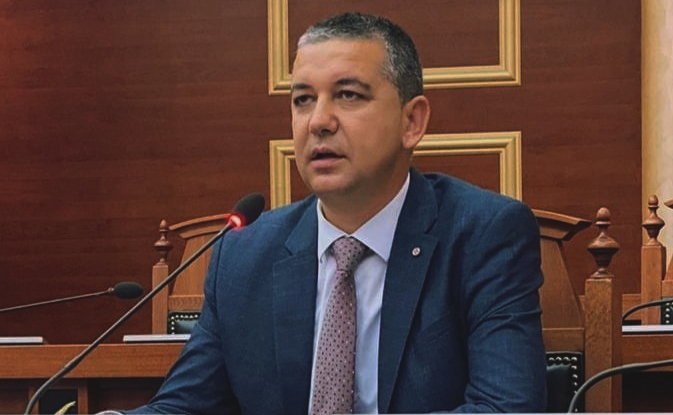 The leader of the only Macedonian party in Albania, the Macedonian Alliance for European Integration (MAEI) Vasil Sterjovski in an interview with SOT7 TV, spoke about Bulgaria’s efforts to assimilate Macedonians in Albania.

“Macedonians in Albania in recent years have faced an aggressive policy by Bulgaria for their assimilation. This Bulgarian policy on the ground in recent years has been carried out with the silence of Albania, on several occasions and with its help, in order for Albania not to be hindered by Bulgaria to start the EU membership negotiation process,” Sterjovski said.

He pointed out that this was the case with the recognition of the non-existent Bulgarian minority in 2017, without meeting any criteria for the existence of a minority, when “Albania succumbed at the last moment to Bulgaria’s threats to veto the start of EU membership talks.”

“According to all the censuses conducted in Albania from the creation of the Albanian state until the last census, we do not have a single person, not a single person declared as Bulgarian in the registers of the Albanian state. In the Prespa area in 2011 when the census was conducted and in the village of Vrbnik in the Devolska area, 100 percent all voted for Macedonians. We do not have a single Bulgarian. Bulgarian community in Albania means the project of Greater Bulgaria. The problem is more related to Macedonia. Bulgaria does not recognize the Macedonian nation. Everywhere there are Macedonians, she claims to be Bulgarian, and now she is spreading her propaganda in the areas where the Macedonian minority lives – in the area of ​​Gora, Golo Brdo, in the area of ​​Pustec, in Vrbnik,” Sterjovski said.