Home Macedonia Hajredini: With the smoke of 3 million tons of coal from Kosovo,... Former minister and economic expert Xhevdet Hajredini says that with the smoke of 3 million tons of coal from Kosovo, the “green agenda” of DUI will be realized in Macedonia.

Minister of Economy Kreshnik Bekteshi announced that they are negotiating with Kosovo for the supply of coal. Earlier, DUI announced that it was moving towards a green agenda. 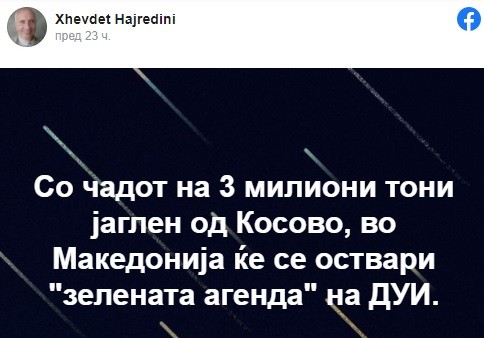