Home Macedonia Radev – Mitsotakis: Prespa Agreement and Treaty with Bulgaria to be part... 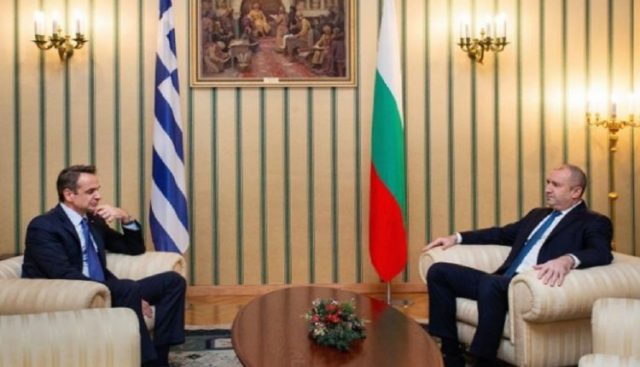 During talks with Greece’s Prime Minister KyriakosMitsotakis in Sofia, Bulgaria’s President Rumen Radev called for the Treaty of friendship, good-neighborliness and cooperation between Bulgaria and the Republic of North Macedonia and the Prespa Agreement between Greece and North Macedonia to be included in the EU Macedonia’s EU membership negotiating framework , informs the press center of the Bulgarian president.

The common position of the two leaders was that the European integration of the Republic of North Macedonia is in the interest of the entire region, but the process should be linked to respect for European values ​​and the commitments made in bilateral agreements. Another topic discussed by Radev and Mitsotakis was the promotion of bilateral energy, transport and economic ties between Bulgaria and Greece.

Both the president and the prime minister welcomed the renewal and further development of the strategic partnership between Bulgaria and Greece, which they identified as crucial not only for their bilateral relations, but also for stability in the region of Southeast Europe.